Padrón, the next generation

José Padron passed away last week, he was 91 years old. Taking up the torch of a big family company: that’s the challenge that awaits Jeffrey Padrón and his sister Jessica. Social networks are their weapon of choice.

Jeffrey and Jessica Padrón, both still in their twenties, are the grand-children of the patriarch José Padrón – now aged 89 – who created the brand in 1964 and moved it to Nicaragua in 1974. Employed by their grand-father since the end of their secondary education, they are working to preserve the family tradition while modernizing Padrón Cigars’s marketing.

IADC: You are still in your twenties. Didn’t you ever think about choosing a different career to that of your father and your grand-father, or, on the contrary have you always known that you would continue the family tradition?

Jeffrey Padrón: As you said, I am 27 years old. I was born in Miami, Florida, and I grew up in Plano, Texas. As a kid, like everyone, I sometimes felt like going my own way. But at the same time, I have always wanted to work with my grand-father. So that’s what I did after I graduated from high school.

IADC: So how did your grand-father influence you?

JP: The family aspect of the brand is very important to my grand-father. Our name is on the product, so we are very passionate about representing it. We don’t have any sales representatives, we represent our brand. The members of our family go to events and fairs, and go see retailers themselves. And we have employees here and in Nicaragua who have been with us for generations. We are one big family!

IADC: What does the Padrón brand represent for you? How can a man succeed a personality like your grand-father José?

JP: It’s simple, Padrón Cigars is everything for me. It’s my life, it’s my identity. Taking over from my grand-father will be extremely difficult to accomplish. Jose Padrón founded this company with two ideas in mind: to create incredible cigars, like the ones he smoked back in Cuba; and to found a profitable company so that his children and grand-children wouldn’t have to face the same difficulties and losses that he suffered himself. My grand-father made a lot of sacrifices and fought many battles to make Padrón Cigars what it is today. Being aware of his efforts helps me to stay motivated and to preserve that tradition and the quality of our tobacco. As long as these two things remain intact, I’ll be happy.

IADC: We are in the era of technology. Is your age an advantage? If so, how?

JP: It seems that technology is changing more and more quickly. So I believe that being young probably helps me to understand and keep up with new trends in this field. A good example are social networks. Facebook, Instagram, and Twitter are excellent tools for reaching the cigar smoking community, as well as people who just show an interest in it. My grand-father, my uncle, and my father understand their importance but don’t necessarily know how to get around these networks. As a result, my sister and I have taken control of this aspect of the company. 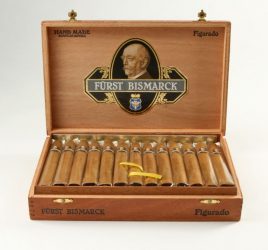