Could the time be approaching for Cubas’s national sport, baseball, to hang up its boots? We asked Carlos Tabares, the star player who’s just called time on his own career. Here he talks candidly, while savoring a new Montecristo Linea 1935 with the appreciation of a connoisseur.

Although kids playing on the streets of Cuba tend to favor soccer over baseball nowadays, everyone still talks baseball and every Cuban has an opinion on the subject. La pelota is their national sport. In February Carlos Tabares, the country’s legendary center fielder from Havana, took off his famous number 56 jersey for the last time. He deplores the current state of Cuban baseball and while his competitive days might be over, he doesn’t plan on giving up on the game. We met on the patio of his home in Havana.

The blue of your patio is the color of Havana’s baseball team, Industriales.

Naturally! Industriales has been my whole career. I was never interested in any other team! If I’d had to play for anyone else, I’d only have swapped this blue for the orange of Santa Clara.

This blue, and also the number 56…

That’s right… The number 56 that I wore all those years was the number I got in my first game, which was also my first defeat. My dad gave me the jersey. I was really disappointed that first time I lost at baseball – I really thought the game was made for me. So after a week of practically being in mourning, I promised that I’d turn things round by becoming a great player, wearing that same number. That will to win has never left me since. That’s what I want to pass on to others now.

There have been a lot of 56s in my career. I scored 1,956 hits in a twenty-five year career wearing number 56, and I’m stopping after the 56th baseball season in post-revolutionary Cuba [Ed: the first was in 1962].

56 is also a very special number in cigars…

CT: Oh yeah, the Behike! That’s an iconic cigar. Cohiba and I have that number in common!

Are you a fan of the Behike?

CT: I’ll smoke one any time I get the chance! But I know which Cohiba I like best – it’s the Siglo IV. Because I like bitterness in a cigar, I also really enjoy a Lanceros or a Partagas 898. I’m not a regular cigar smoker, but I do enjoy one quite often. For me, breaking out a cigar is synonymous with the big moments. And the most special times of all are when we’ve just won. We can’t smoke during the games, it’s against the rules, but having a cigar afterwards is the reward, the celebration.

I remember my dad had a funny habit. He used to play dominoes, always with a cigar and a glass of brandy or whisky within reach. He’d keep the cigar in his glass between puffs. There have always been cigars around, in my family – in fact, my brother’s a torcedor…

CT: Why not? It’s never affected my performance on the field, at any rate. Probably because it’s not a regular habit for me, it’s something I keep for special occasions – the celebrations, and the negotiations. Smoking a cigar helps me to think!

Baseball is an amateur sport in Cuba. How does that affect things?

CT: It’s mostly that Cuba doesn’t take part in major league championships, like the ones in the States. After Fidel took over in 1959, Cuba decided not to play professionally any more, to keep it a democratic sport. Baseball was meant to be first and foremost a game. Even if the players get a monthly wage like public servants, we’ve become “amateurs” in the eyes of the outside world.

You were world champion in Italy in 1998, then in Havana in 2003, Olympic champion in Athens in 2004, and you won six national championship titles with Industriales… Now that you’ve retired from competition, where does that leave Cuba’s baseball game?

CT: The Cuban game has fallen behind baseball in the rest of the world. It’s been slipping for about seven years now. We have to get back to the level we were at ten years ago. No one in Cuba can pitch at 95 millas [Ed: around 135 km/hr]. It’s partly because we don’t do exchanges with other countries, other leagues. Cubans can’t join other big leagues like the American leagues without defecting and leaving everything behind. Being able to play for the smaller leagues, like the Mexican and Puerto Rican teams, would be a good start. We’re working towards that. We need to change how we pitch, but also how we think. The players don’t want to desert their country, they just want to play in decent conditions and aspire to reaching the top of the game – like any athlete.

What happened seven years ago?

CT: That’s when this country – and not just sport – started to change. Young people dream of other things. Politics, discipline, even medals aren’t enough for them any more. They want to feel like they are part of their era, along with the other sporting figures around the world – they want to belong to that same world.

That’s a good thing, isn’t it?

CT: Absolutely! But Cuba’s not at all ready. Especially the people who are in charge of sport, they’re still stuck in the old ways, and we don’t have the money we had ten years ago. Nowadays we can’t even give the youngsters jerseys, let alone bats – they have to get hold of them for themselves… Even the diet’s no good: too many sauces, too much fat, nothing suited to modern athletes. Cuban players are too fat! We need a crew of capable leaders, people who understand the players’ concerns and needs in terms of training, material conditions, their ambitions to compete… Cuba hasn’t had a single international win in seven years.

Nowadays young Cubans play soccer rather than baseball in the streets.

CT: That’s right, and it’s for the same reasons. We have these outdated regulations that ban TV broadcasts of major league games because they feature Cuban players who’ve left the country. But we can follow all the soccer championships, so naturally young people identify more with soccer.

If you were in charge of INDER*, what measures would you take first?

CT: I have a whole raft of things on my list. Firstly, we need equipment to play. We have to keep the young players motivated and make sure they have basic kit – bats, balls, and uniforms. We have very little cash, especially since the Adidas contract was terminated (Ed: Adidas was the main sponsor of the Olympic Committee’s national team until 2012, providing all members of Cuba’s Olympic squad with training and competition clothes).

At the moment, our directors constantly demand results, but they don’t give any thought to how we might get them! Although Cuban athletes’ salaries are now based on their performance, it’s not enough, for the simple reason that they lose it all as soon as they retire. We need to gain public acceptance for the idea that athletes can enjoy advantages, like a car, a house, and a salary even after they retire – that will motivate young people in a straightforward way, simply be showing them that there is a future for them here in Cuba. They don’t have to go abroad. The Cuban sports elite has to gain public recognition, so it becomes something people aspire to belong to.

CT: Then there’s strategy. We don’t know how to deploy strategy, we don’t have any way of comparing ourselves because we’re too isolated. If we could work with videos of the big teams’ games, that would be a really useful learning tool. The youngsters use their phones for all sorts of things – they could use them to film each other, that would help improve their technique!

Do you think you’ll be able to change the way things are going?

CT: Of course! I’ve even gone back to school, I’m studying for a doctorate in sports education at the moment, and I’m not alone on this issue – several other big players share my concerns. Like me, they’re keen to work hard and exploit their fame so that Cuban baseball regains its prestige.

Organizing proper training and developing the next generation is one of the more urgent and crucial measures. The teams are tired of having to fight for every little thing, like finding a bat to play with. Everyone’s concerned about who will take up the baton – not just our best players, but the public too: there aren’t enough young people, they’re all completely demotivated and leaving Cuba. There are no teachers because we can’t pay them decently. It isn’t a lack of competent staff that’s causing the problem, it’s simply a question of motivation.

What do you need to get started?

CT: The crux of it is money, of course, but it’s vital that we change the mindset among the decision-makers. The State and INDER can’t stay the same as they were under Fidel. Sport’s a business, whether you like it or not. We don’t have to go so far as to start wielding million-dollar contracts, but with a bit of outside help we could implement some minor reforms. We have the key ingredients: talent, the capacity and techniques for working hard, a breeding ground for champions. We need to step out of our isolation – that’s the key to upholding the tradition of la pelota cubana.

* INDER (Instituto Nacional de Deportes, Educación Física y Recreación, Cuban Institute of Sport, Physical Education, and Leisure) is the body in charge of sports policy in Cuba. Its president is the equivalent of our Minister of Sport. 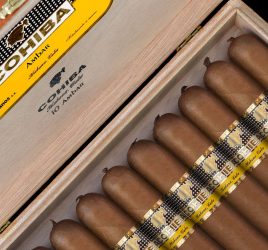