What’s in a scent?

Would a rose by any other name still smell as sweet? Scents often hide synthetic molecules that have won the war against natural aromas. Let’s learn to tell the difference and try not to simplify complexity.

It’s incredible to think that the human nose can detect up to 400,000 smells and memorize around 10,000! The natural molecules that make up smells – created when a cigar burns, when you smell a wine, or through retro-olfaction – are fascinating. We can unpick these aromas, sort them into families of fragrances, and try to understand their origin, which is altogether more complex.

The chemist’s alphabet contains six letters: C, H, O, N, S and P, which stand respectively for carbon, hydrogen, oxygen, nitrogen, sulfur, and phosphorus. How these various molecules come together produces different smells. For example, the chemical formula for camphor extracted from the bark of the camphor tree is C10H16O. The camphor fragrance that you find in certain balms can also be found in old wines from the south of France, or in certain rustic cigars, and is even sometimes the main marker, like in camphor cigarettes.

The aroma of bitter almonds, the main ingredient of frangipane, has also been studied by chemists. It can be found in some white wines, like old Corton-Charlemagnes. Nowadays, frangipane can be made with real almonds, which are expensive to grow, or far more cheaply using artificial bitter almond extract, which is synthetized and bears the pretty name of “benzaldehyde”.

The example of perfumery

How did we start producing synthetic extracts? For economic reasons, first and foremost. More than five million jasmine flowers are needed to distill one kilogram of absolute oil. You can imagine the cost. Yet jasmine is one of the fundamental essences of perfumery. The women’s fragrance, Joy, created in 1930 by Henri Alméras for Jean Patou, using natural jasmine and rose essences (whose scent is even more difficult to synthetize), is therefore particularly expensive. Jasmine’s complex aroma comprises hundreds of molecules, with two dominant molecules: cis-jasmine and methyl cis-jasmonate. Jasmone was synthesized as early as 1933. It may not be as complex as real jasmine, but it’s so much cheaper!

The great banalization of aromas

The availability of synthetic aromas, at far lower costs than their natural equivalents, meant that aromas became ubiquitous. Of the 12,000 tons of vanillin produced yearly worldwide, barely 40 tons is made with real vanilla. It is, therefore, no coincidence that it is far less common to read “natural aroma” than “vanilla sugar” or “vanillin sugar” on ingredient lists. Moreover, the boundary between natural and synthetic vanilla aromas – an eminently sensitive subject due to the popularity of this aroma – has become somewhat fuzzy thanks to the discovery of a bacteria that turns rice bran into vanillin, hence a new name to further confuse matters: “natural vanillin”.

The wine business has also been affected by the vanilla craze. Ageing wine in new oak barrels, with no particular precautions, gives it a hint of vanilla that is very popular with neophytes. As a consequence, in the 1990s and even into the 2000s, more and more wines were aged in wood barrels, not least thanks to a famous American wine taster who loved the aroma and gave generous ratings to wines with notes of vanilla, which drove up prices.

However, storing wine in new barrels considerably inflates the bill. A barrel that holds 225 liters (around 300 bottles), costs at least €450. A simple calculation shows us that this adds €1.50 per bottle, which is not viable for budget wines. Fortunately, if you just want the oak flavor, there is no need to buy a new barrel; simply add oak chippings. Many New World wine producers soon understood this, reducing the cost to just a few cents. Lest we forget though, in top wines, ageing in oak barrels is not just a flavoring process, on the contrary the wine producer is seeking complexification and oxygenation, a far more audacious objective.

The stakes of the war between artificial and natural aromas can be summarized in the following way: simplification is all the more accessible that its cost is significantly lower; while complexity, necessarily more difficult to understand, is more expensive. Two essential aromas on the one hand, several hundred on the other. A never-ending debate.

Although synthetization has made aromas more widely available, it is not without consequences. Take strawberries for example. As omnipresent as vanilla in the food industry, for most people the benchmark is the strawberry yoghurt, generally made with artificial flavorings and sometimes with real pieces of strawberry. But even those pieces of strawberry are pumped with artificial flavors so that consumers get their money’s worth! As a result, consumers are disappointed when they eat real strawberries, because they are no longer able to appreciate their complexity. In fact, in general, consumers are rarely confronted with real garden strawberries, of which a plethora of varieties exist. The strawberries generally found in supermarkets have never seen an ounce of earth and were grown in a culture solution. Varieties have been selected to eliminate their fragility, but have lost their complexity into the bargain. The tragedy of simplification…

Will electronic cigars change the landscape?

Wine and cigar producers have long resisted this simplification but the arrival of electronic cigarettes, and now electronic cigars, is shaking things up. A revolution that is taking place under the pretense of eliminating nicotine and addiction. It seems the chemical industry has more than one trick up its sleeve!

Recent studies on the sense of smell show that sensory cells are constantly renewed and that not only does the brain not deteriorate, rather it develops in contact with complexity. So, let’s continue to cultivate complexity and the joy of discovery. Let’s continue to unearth and dissect new aromas… The wine and cigar industries are the last bastions of complexity. Although complications benefit from simplification, the same cannot be said for complexity. As Montaigne said, “Let us give Nature a chance; she knows her business better than we do.” 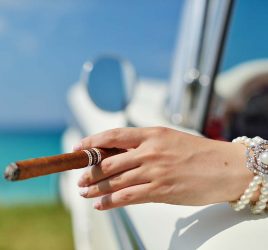 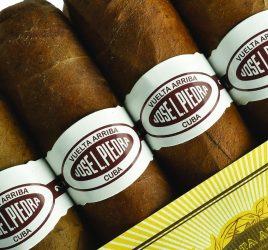 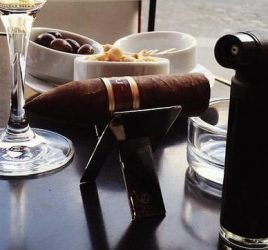